Brannigans is located on Cathedral Street which runs from Dublins iconic O’Connell Street to Marlbourough Street. The street as well as the pub has a long and rich history in Dublin folklore.

In 1803, Archbishop John Thomas Troy bought Lord Annesley’s townhouse on the corner of
Marlbourough Street and Elephant Lane, now called Cathedral Street and within sight of the city’s premier thoroughfare, Sackville Street, now Dublin’s O’ Connell Street. Here the Bishop planned to build on this location the new ‘Pro-Cathedral’ which was completed on 14 November 1825. 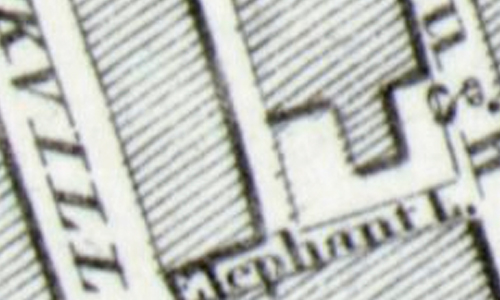 Many years before any Cathedral was built the street where Brannigans pub now stands got its
name from a very obscure source. Some 330 years ago, Dublin’s very first Elephant lived on then Elephant Lane, now known as Cathedral Street. The animal used to be brought across the River Liffey to nearby Parliament Street where people would pay to see the animal in a viewing booth. Unfortunately on the 17 th of June 1681, the poor beast died when the viewing booth caught fire causing the Elephant to perish. Dubliners from all over the city rushed to watch the fire and claim pieces of the charred Elephants remains. The owner of the Elephant tried his best to keep the onlookers away and contacted the nearby Royal College of Surgeons whom he sold the remains of the Elephant to. These doctors then undertook one of the first anatomy studies of an Elephant of its kind recorded in Ireland and England.

The first recorded licenced premises at 9 Cathedral Street (then Elephant Lane) was back in 1854. The Post Office Tavern was run by James Kenny from 1854 and was part of a number of establishments dotted around the city bearing the same name. John Nagle became proprietor in 1875. Today, only Brannigan’s on Cathedral Street and The Duke Pub on Duke Street, Dublin 2 remain. 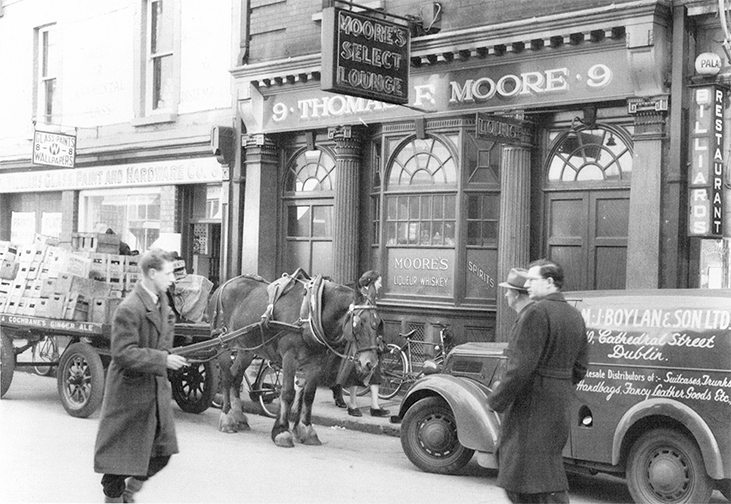 Thomas Moore and the GAA. It was in the early 1930’s when Thomas ‘Tommy’ Moore became the proprietor that Brannigan’s, then known as ‘The Moore House’, long love affair with the Gaelic Athletic Association (GAA) began. Thomas Moore, originally from Kilkenny, was a well renowned individual amongst GAA circles especially the world of hurling. A gifted hurler himself Tommy Moore went on to become Chairman of Faughs GAA Club on the southside of Dublin for over 40 years. He became a recipient of the Hall of Fame Award and the All-Ireland Senior Club Hurling Championship trophy, the Tommy Moore Cup, is now named in his honour. It became normal practice through the 30’s, 40’s and 50’s for the newly crowned champions of the Liam McCarthy Cup to make a whistle stop at Moores to quench their thirst before making the long journey home. Moore also allowed the pub to be used as a makeshift clubhouse for Faughs GAA club when they had nowhere else to go. Tommy Moore sadly passed away in 1973 but the pub continued its strong association with sports and in particular the GAA when the McGeoghs became the owners and renamed the pub ‘The Goalpost’. The McCormack family have kept up the pubs strong tradition with the GAA. The pub is not to be missed on an All-Ireland Sunday where Brannigans is the first port of call for the thousands of supporters who have made the train and bus journey from the four provinces of Ireland. 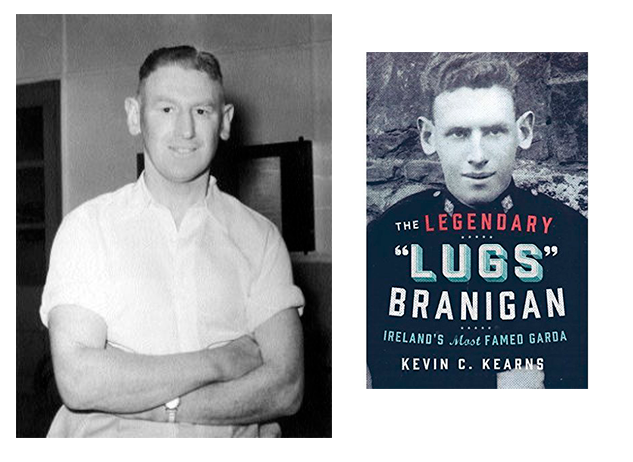 James ‘Lugs’ Brannigan
When the current owners, the McCormack family, bought the pub in the late nineties they decided to rename the pub after the famous or infamous local Garda (policeman) James Christopher Brannigan better known as ‘Lugs’ Brannigan. As well as serving in the Gardai for over 40 years, Brannigan was a distinguished boxer, boxing referee and to many a legend and part of Dublin mythology due to him dishing out his own form of justice and his close relationship with the local people on his beat. Many a Dubliner who found himself fall foul to the law was given the option of being brought to the local Garda station and be booked or have it out man to man with ‘Lugs’. It became nearly a badge of honour in the Dublin underworld to earn a black eye from ‘Lugs’ Brannigan.

Hop on hop off

We use cookies on our website to give you the most relevant experience by remembering your preferences and repeat visits. By clicking “Accept All”, you consent to the use of ALL the cookies. However, you may visit "Cookie Settings" to provide a controlled consent.
Cookie SettingsAccept All
Manage consent

This website uses cookies to improve your experience while you navigate through the website. Out of these, the cookies that are categorized as necessary are stored on your browser as they are essential for the working of basic functionalities of the website. We also use third-party cookies that help us analyze and understand how you use this website. These cookies will be stored in your browser only with your consent. You also have the option to opt-out of these cookies. But opting out of some of these cookies may affect your browsing experience.
Necessary Always Enabled
Necessary cookies are absolutely essential for the website to function properly. These cookies ensure basic functionalities and security features of the website, anonymously.
Functional
Functional cookies help to perform certain functionalities like sharing the content of the website on social media platforms, collect feedbacks, and other third-party features.
Performance
Performance cookies are used to understand and analyze the key performance indexes of the website which helps in delivering a better user experience for the visitors.
Analytics
Analytical cookies are used to understand how visitors interact with the website. These cookies help provide information on metrics the number of visitors, bounce rate, traffic source, etc.
Advertisement
Advertisement cookies are used to provide visitors with relevant ads and marketing campaigns. These cookies track visitors across websites and collect information to provide customized ads.
Others
Other uncategorized cookies are those that are being analyzed and have not been classified into a category as yet.
SAVE & ACCEPT
×
×